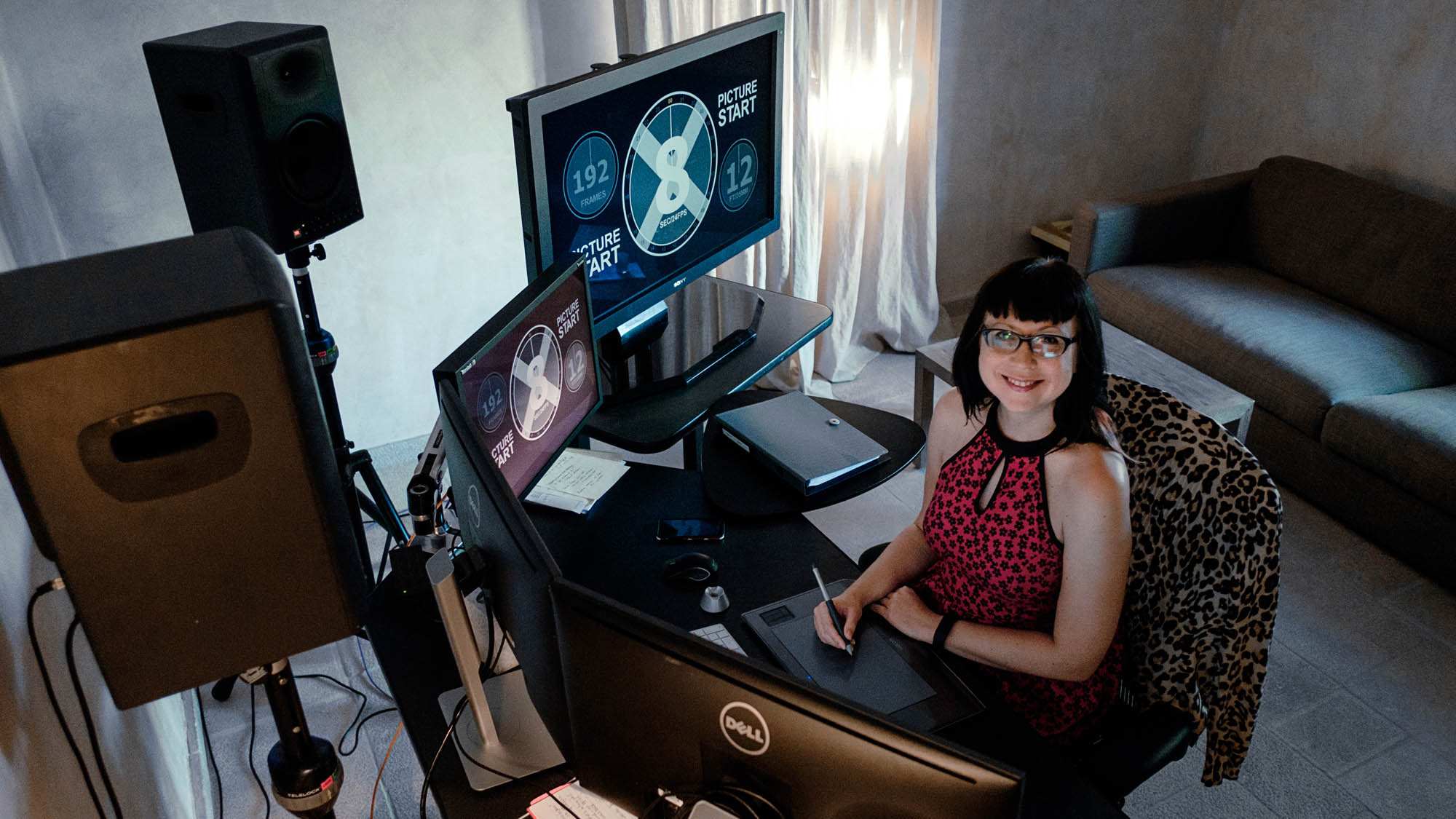 24
MAY, 2019
In the second piece of our World of Women Editors series, we spoke to film editor Cheryl Potter, an editor making the transition from assistant editor to full editor who has some seriously great titles to her name.

The very lovely Ms. Potter has racked up numerous editor credits including Snowpiercer, developed by Graeme Manson and produced by Tomorrow Studios (currently in post-production), and Hanna (created by David Farr and currently screening on Amazon Prime).

When it comes to the BIG budget stuff, she has a whole stack of amazing films under her belt as an additional editor: Solo: A Star Wars Story (Ron Howard, 2018), Alien: Covenant (Ridley Scott, 2017) and the wonderful The Martian (also Ridley Scott, 2015).

So as a woman working in post-production, Potter has lots of wisdom and experience to share. We took time for a nice chat and discovered that when it comes to the editing world, things are looking rosy for the sisterhood.

Potter notes that much of her career has been a diverse experience when it comes to gender representation, with some crews being predominantly made up of women – at least, in Australia and America.

Potter started her career in her homeland, Australia something she says was advantageous. Thanks to its small size, the post community in the land down under offers plenty of opportunities to build new skills and try new things, Potter adds, “there’s more of a chance to move up faster and to multi-skill a bit more and so you get a very good cross-platform multi-skill experience. That helped me climb the ladder a little faster.”

Early on in her career, Potter unusually avoided the runner route and landed her first job in a post house as a duplication assistant and editor for corporates and commercials. She then started as assistant editor on TV series and movies, then later made the jump to feature films. Deck Dogz, (Pasvolsky, 2005 ) was her first assistant editor role in features, under the guiding hand of editor, Jane Moran. Which goes to show, there are lots of women working in post-production.

In fact, Potter notes that much of her career has been a diverse experience when it comes to gender representation, with some crews being predominantly made up of women – at least, in Australia and America. It seems the UK has a little bit of catch-up work to do when it comes to women in post-production, according to Potter anyway.

The first positive is that for Potter, she really can’t dredge up any negative experiences of being a woman in the post-production workplace ­– believe me, I really tried…

Aside from a vague friend-of-a-friend’s-dog’s-cousin story involving some questionable calls on cuts, Potter has had a career filled with positive experiences and more than her fair share of wisdom from women longer into the game.

Something she might put down to some of the inherent advantages that women bring to the cutting room. As Potter says, “I think empathy is very important in cutting. Good editors have empathy and women are probably more nurtured to be empathetic from a young age and, it’s not true of all women and its certainly not true of all men, but we certainly do bring this to the table.”

She is also quick to point out that diversity of experience behind the scenes across the industry is only a positive thing: “diversity gives you strength, the more different backgrounds the more you’re going to appeal to bigger audiences… What’s becoming obvious with films like Wonder Woman, Black Panther and Captain Marvel, is that if you make a film and make it appeal to more than that traditional white male, then these films just explode. Now people are realising that this is what the markets want. We’re building a new formula and discovering that aiming at a certain audience who then bring such passion to the way they enjoy the show because there’s finally someone on screen that resembles them.”

But there must be some sort of disadvantage? Surely? 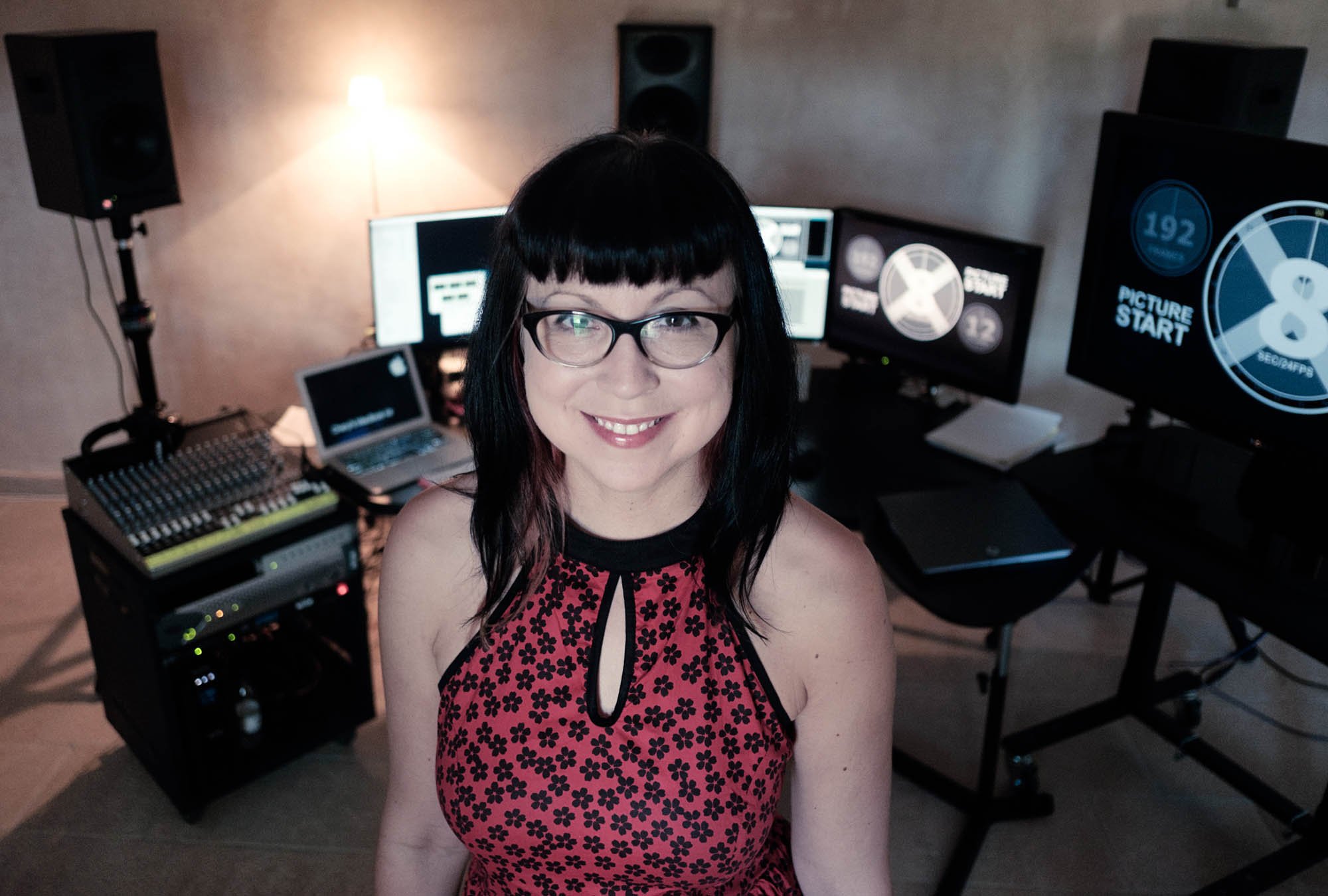 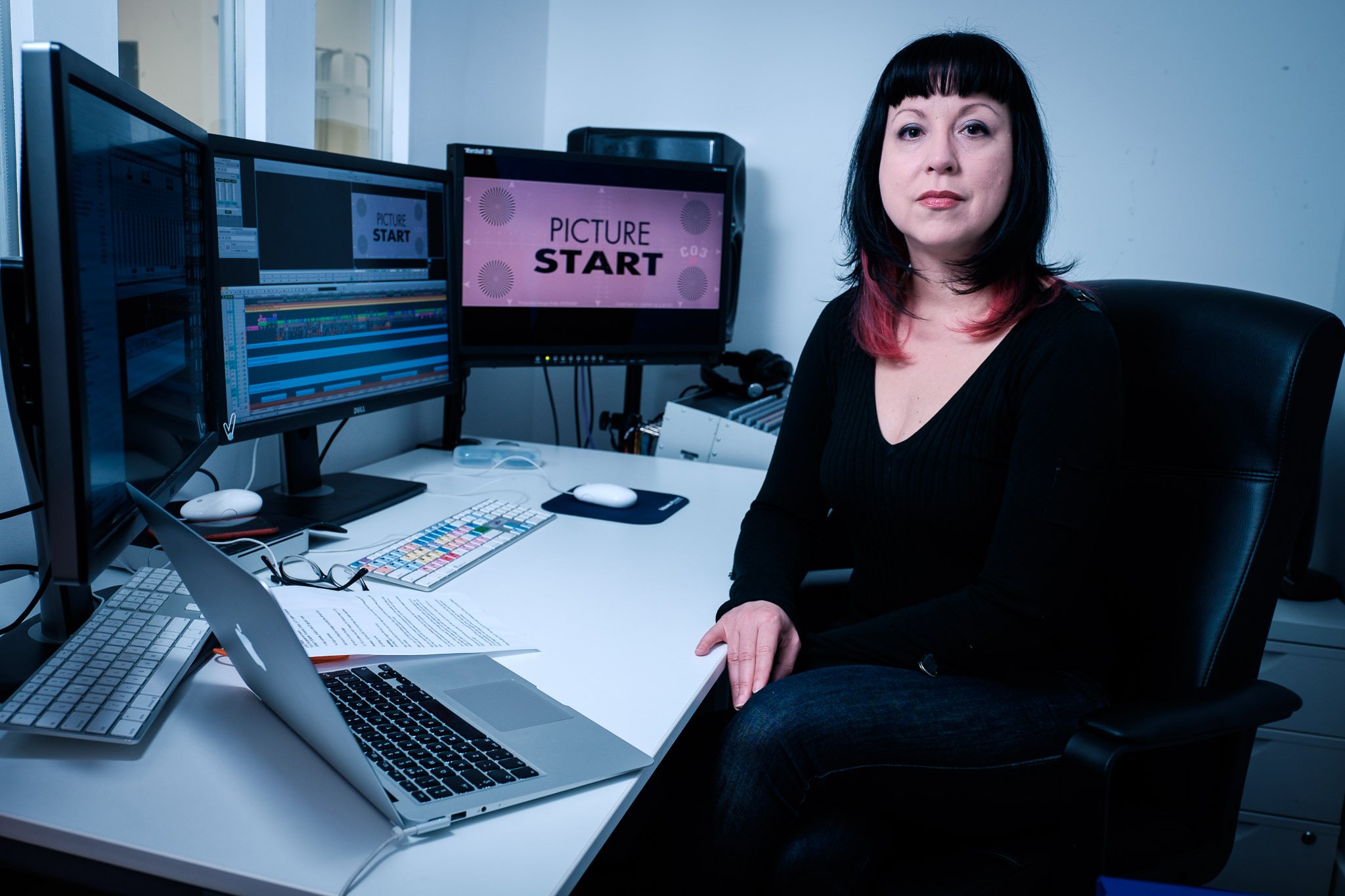 Undoubtedly the time-honoured ‘baby’ problem was always going to rear its head. Because of the unique nature of the film industry, babies are often the point in women’s careers when a brief pause is necessary.

Films and babies have lots in common, especially the toll they take on editors and mothers alike – both are as demanding on time and energy as each other.

But as seems to be typical of Potter’s professional experience, she has found that her be-childrened peers have largely been unaffected when it comes to getting back in the game. She concedes that they might be a little concerned at building up those old connections once again, but importantly, is also quick to point out that, “these women don’t come back to lower work, they come back to the same standard and I’ve found that they know how to work smarter and cram in so much more into more confined time space. Being mothers hasn’t stopped them from being great editors.” This is reassuring, and very good to hear.

A second, and perhaps more complex problem, is what might be termed as the confidence gap. It has been shown time and again that women are less likely to apply for a job than men if they feel that they do not meet all the criteria set by the advert. This stems from some research undertaken by Hewlett Packard, the idea being that men will apply for jobs if they meet only 60% of the criteria, whereas women are more likely to wait to apply until they meet 100% of the published criteria.

While recruitment in the post-production sector doesn’t quite work on the same basis, the idea here is relevant. For Potter, the point in the career where this issue is most likely to raise its ugly little head, is in making the jump from assistant editor to editor. This is where women are most likely to reveal a little reluctance and hesitation, she says “I think women often feel like they can’t move up until their ready, but no one knows everything just blag your way through it – it’s okay, we all do it.” Importantly however, Potter is quick to add that this doesn’t mean blagging your whole career – she suggests you use the opportunity to take advice from contacts and teach yourself through any knowledge gaps you might have.

But once again, Potter couples a negative with some sage advice: “There is this point where you’re ready to take that next step and you’re unsure. But the thing is, that everyone feels like that, you’re never going to feel ready, just do it, what’s the worst that can happen?”

And we’ll end on a final note of positivity and encouragement from Potter, “It’s a very exciting time to be in the film industry, it really is a renaissance especially in television where all the ground-breaking stuff is coming out.”

Get out there and start putting yourself forward – take a chance and build the career you want.

Networking to Succeed as an Assistant Editor
Amy Duddleston, ACE: Editor of HBO's "Mare Of Easttown"
How to Rotoscope in Avid Media Composer